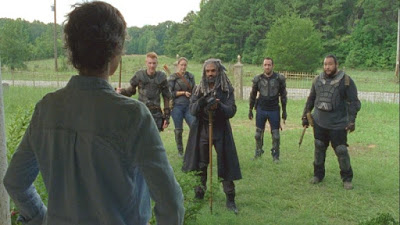 5 second plot: Some of the warriors of the Kingdom are sick of being bullied by the Saviors. Daryl finds out that Carol is in the neighborhood. In the last seconds of the previous episode Rick and co were captured by an all-dressed-in-black-too-cool-for-school-team. He tries to convince them to join him in his fight against the Saviors.

5 second review: I don't like the new group Rick just found. It felt a bit like I was watching Mad Max Beyond Thunderdome. It's too much of a coincidence to find a big group with bad asses who are willing to fight (and are expendable). All they want is lots of guns. And we already know where they are going to get them. Remember the forest women? Also too obvious. Wouldn't it be easier to stick to the comic-book storyline? 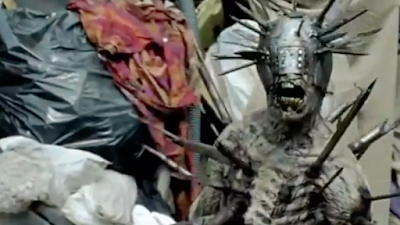