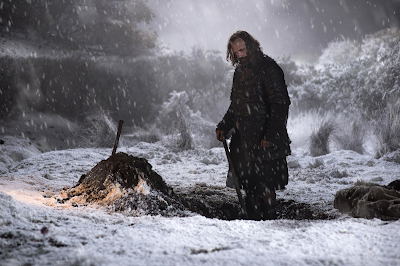 5 second plot: Spoiler alert! Arya kills every last one of the fuckers that helped slaughter her family at the red wedding. Now she's on her way to kill the queen. The zombie army is coming. Jon is organizing the defense of the wall together with Sansa. Bran arrives at the wall. Cersei is trying to figure out what crazy thing to do next. The Dragon Queen is home at last.

5 second review: They are not wasting any time: let's get crackin'! It's turning into a good old fashion fight of good against evil. We don't just get to see zombies in this episode but GIANT zombies! How cool is that? The Hound is hilarious. The Ed Sheeran cameo is NOT. But it's not terrible. Just stupid. 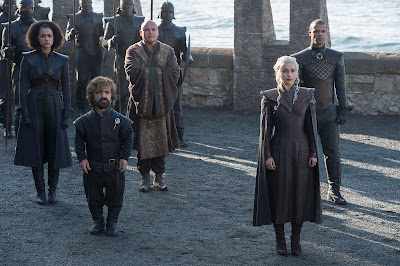