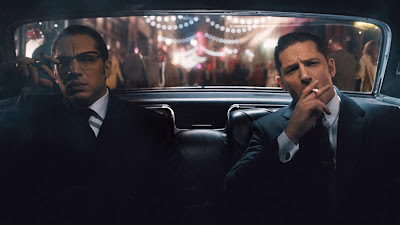 5 second plot: In the 1960's the London underworld was ruled by the Kray twins. One of them was smart, slick and had a good eye for business. The other one was a dangerous psychopath that belonged in a mental institution. But when he's your brother, what are you going to do?

5 second review: Tom Hardy is one hell of an actor. His portrayal of these two lunatics is pitch perfect. They are so different that it's almost unbelievable it's the same actor portraying them both. I love the cool 'we're-not-scared-of-anyone' gangsta shit, but unfortunately this story is also about the boring parts of their lives. 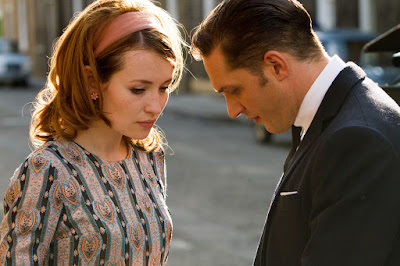