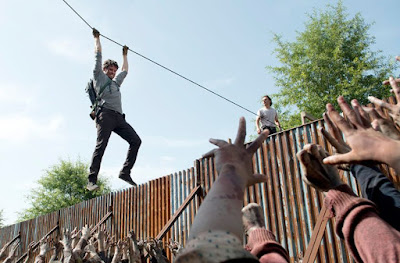 5 second plot: Glenn survived. He’s trying to get back to let his wife know he’s alright. The walkers haven’t gotten through the wall yet, but the guard tower right next to the wall isn’t as stable as it should be. Rick finds out that Morgan let some of the W’s go.

5 second review: Just as they start to relax a little bit and make plans for the future, shit hits the fan. Man, they are going to have their hands full in the next episode (the mid-season finale). Glenn isn’t dead. So now I feel stupid. But I’m glad he's still alive. The zombies look amazing (again). I’m predicting that the little fucker Rick gave a gun to is going to shoot Carl in the head. Mark my words, I can feel it coming. 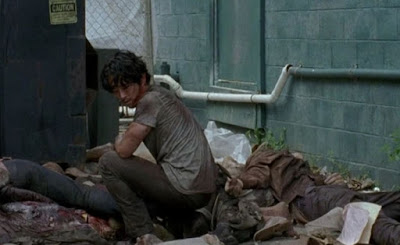