The X-Files Season 1 Episode 1: My Struggle 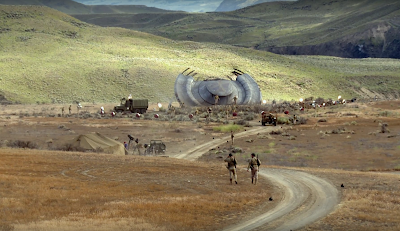 5 second plot: Mulder and Scully are approached by a rich conspiracy theory talk show host. He convinces them to take a look at his evidence. Scully is skeptic. Mulder almost immediately draws the conclusion that all the alien stuff that has been going on for the last 60 years, might not be as alien as he thought it was. He is convinced that he's right this time.

5 second review: This first episode is a bit of a tornado. The constant cryptic back and forth dialogue is overwhelming. Also, everyone seems to run along with everything a bit too easy. But I'm very excited Mulder and Scully are back. The special effects are real impressive. The UFO crash landing (also to be seen in the trailer) is super awesome. 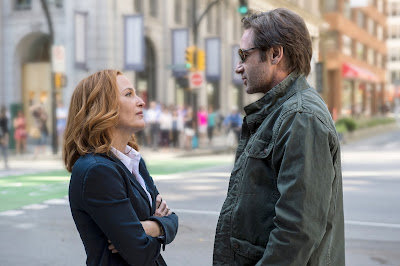