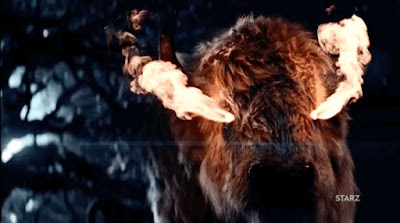 5 second plot: Shadow (cool name huh) has just been released from prison. On his way to his wife's funeral (who died in a car crash with his best friend's private parts in her mouth) he is offered a job by Wednesday. A guy who seems to have been around for a while. And who seems to attract the kind of crowd that gets Shadow beaten up all the time.

5 second review: And I forgot about Vikings chopping each utter to pieces (parts flying around the screen) and a woman who 'absorbs' people in her vagina. I shit you not, it's that kind of TV show. Oh, and a buffalo with fire shooting out of his eyes. It's visually impressive but it looks like style over content so I wasn't going to pursue this further than 2 episodes. But goddamned I want to know what happens next. 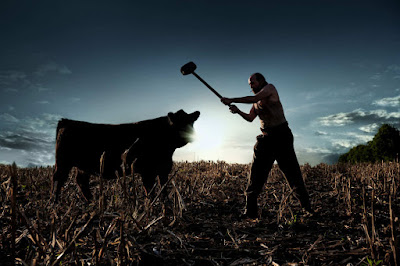