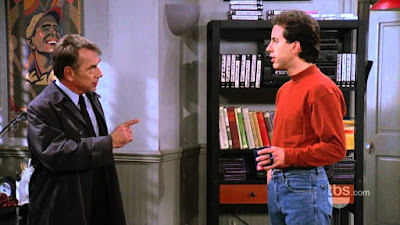 5 second plot (well, maybe a little bit more than 5 secs):
Ep 1: George gets a massage from a man and is scared he’s going to 'become' gay.
Ep 2: Jerry is being audited. Luckily George is dating a woman who can help him. But then George breaks up with her.
Ep 3: Jerry and Elaine visit his parents in Florida, Elaine hurts her back, the old folks fight all the time.
Ep 4: Jerry has to take care of a dog of an annoying stranger he met on a plane.
Ep 5: Jerry gets burned by a library cop for not returning a book in 1971.
Ep 6: The team can’t find the car in a big mall parking lot, and get arrested for public urination.
Ep 7: George has to take an IQ test for his girlfriend but lets Elaine take it. Jerry tries to help a Pakistani restaurant owner.
Ep 8: Elaine leaves an erotic message on Jerry’s tape recorder as a joke and it drives the guys wild.
Ep 9:George talks his girlfriend into getting a nose-job, but it doesn’t turn out very well.
Ep 10: Jerry, George and Elaine go to a party, George and Jerry end up being arrested.
Ep 11: Jerry’s car gets stolen. George smashes his rental. And the insurance doesn’t cover other drivers.
Ep 12: George buys Elaine a cashmere sweater, but he saves a lot of money because there’s a stain on it.
Ep 13: The gang takes the subway and has adventures and meets interesting people.
Ep 14: Jerry helps a friend with an intervention and a PEZ dispenser.
Ep 15: Jerry’s next door neighbor is in a coma and Jerry fools around with his girlfriend.
Ep 16: Jerry and Elaine set up George with Elaine’s girlfriend Cythia.
Ep 17: Jerry meets a famous baseball player.
Ep 18: Jerry and Elaine break up with their baseball friend.
Ep 19: Jerry and George take someone else’s limo at the airport and find out it was a limo for the leader of a Nazi organization.
Ep 20: Jerry sees a hit and run but ends up getting the blame and paying the bill.
Ep 21: Elaine causes a scene at a baseball game (wearing the wrong cap).
Ep 22: George gets into a fight with a guy over a parking space.
Ep 23: Kramer loses Jerry’s apartment key privileges.

5 second review: This is the season that Seinfeld really kicks off. It's the first season the show looks like a 'real' show. I love the way they get hysterical all the time. They flip out like anyone would flip out (or would want to be able to get away with flipping out like). Every character is just perfect. 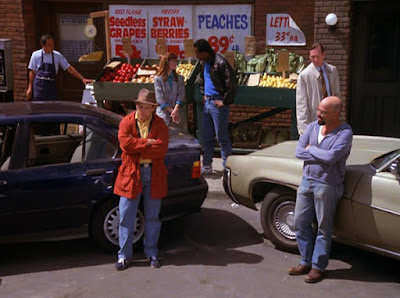 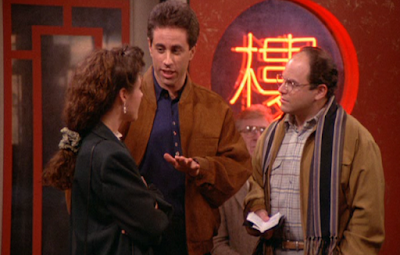 5 second plot: Jerry gets an old lady killed by making a smart ass remark about her pony. George leaves a crazy message on a woman's answering machine and tries to get it erased. He also snaps over a toilet memo at his office and quits his job, only to realize that it might have been a mistake. The gang tries to get a table at a Chinese restaurant.

5 second review: These guys (and girl) get into awkward but every day situations that are simply funny because they point out the obvious. They are like a walking and talking stand up comedy show. They get into these situations because they seem to be the only normal people around. 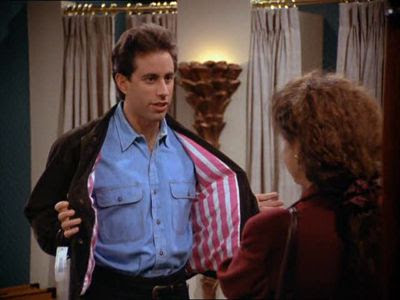