Two and a Half Men Season 6: nickname Mad Dog 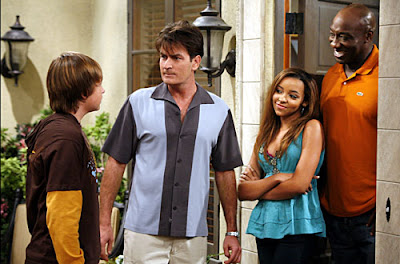 5 second plot: Charlie tries the long term relationship thing. He makes it to the end of the season. The biggest crush Alan has is on his receptionist. But then he sleeps with her mother. Almost. Oh, and he also sleeps with his ex-wife and probably made her pregnant. But Herb doesn't know.

5 second review: Where do they keep getting all this funny stuff? Everyone turns his or hers funnyness up a notch. Some new brilliantly funny characters: the big guy next door with the beautiful daughter Jake is fond of? Charlie's pharmacist? One question on the side though: when is Alan going to realize he is gay? 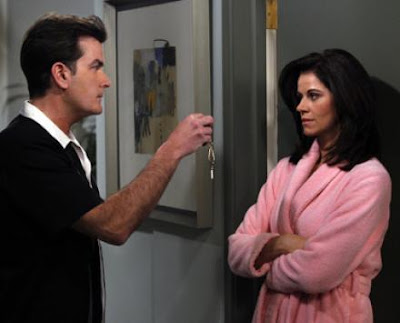