Seinfeld Season 4 is the works 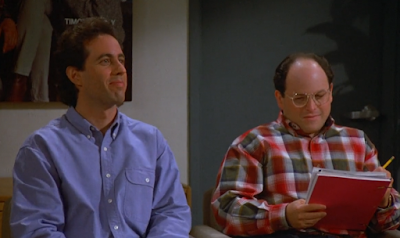 5 second plot: What do we learn this season? Kramer isn't a serial killer. George and Jerry come up with an idea for a sitcom about nothing. George burns down a cabin. Calvin Klein steals Kramer's idea for a perfume that smells like the beach. Elaine sends out Christmas cards with her picture on it accidentally showing a nipple. Jerry dates a girl with spectacular breasts. Jerry's car stinks and it's destroying the lives of everyone in its path.

5 second review: The shit they pull... They get into these everyday situations and it always gets incredibly out of hand. It's hilarious. 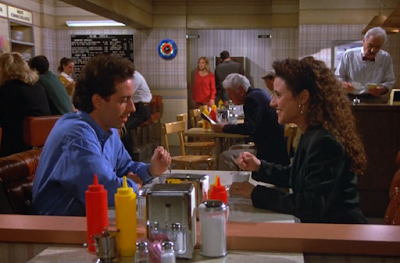