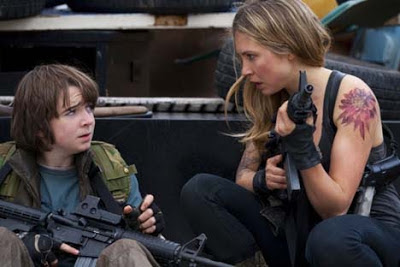 5 second plot: Earth has been overrun by ugly skitter aliens. Most of humanity has been wiped out, but there are a couple of resistance groups. At first they are mostly on the run, but after a while they try to fight back.

5 second review: I didn't like this series at first, because the CGI is very poor in the first episodes and the story is pretty depressing. But after a while it gets better and by the final episode it focuses on the lurking danger and the fighting back. So now the second season can not come quickly enough.