The Revenant is tough as nails 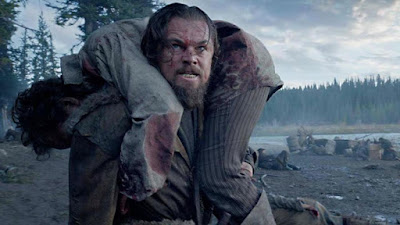 5 second plot: It's a tough life being a frontiersman in America. Hugh Glass is a guide for a group of hunters. They get attacked by Native Americans and have to run. While on the run Hugh is attacked by a bear. He is in bad shape. They try to save him but eventually he is left for dead. He miraculously pulls through. But he will still have to fight hard to survive.

5 second review: This is one gritty survival/revenge movie. Life was so tough back then, it's amazing anyone made it. The action sequences are mind blowing. The bear attack is one of the best action sequences I have ever seen. The survival story works up to a point (how much can one man take), but there's something off about the revenge part. It doesn't feel right. 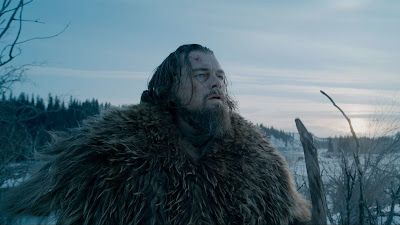