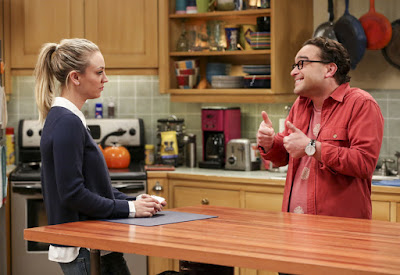 5 second plot: Spoiler alert! The guys continue working on their guidance system. But the military ends up screwing them over. Raj can't afford his apartment anymore and temporarily moves in with Penny and Leonard. Bernadette and Howard have a difficult time taking Halley to daycare for the first time. Amy has to leave town for a couple of months. Immediately Sheldon gets hit on by another woman. He takes a drastic decision.

5 second review: I don't know how they do it, but they figured out a secret formula to perfectly mix classic comedy stuff with groundbreaking new craziness. Like Stewart running into Bernadette and Howard's room with a barb wired baseball bat to save them. 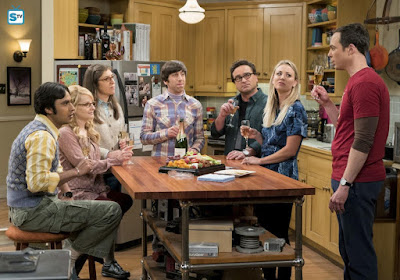