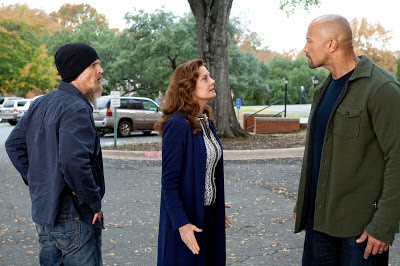 5 second plot: The Rock's son gets arrested for dealing narcotics. Of course, the kid is innocent (not really, but hey, I'm not arguing with The Rock). To reduce his sentence, the kid has to snitch on someone. But he doesn't know anyone else. The Rock steps in and tries to catch a big fish so that his son doesn't have to go jail.

5 second review: This movie bored the living crap out of me. The Rock is too soft. He gets his ass kicked in the beginning by a couple of thugs a quarter his size. It's more a comment on the American justice system than an action movie.