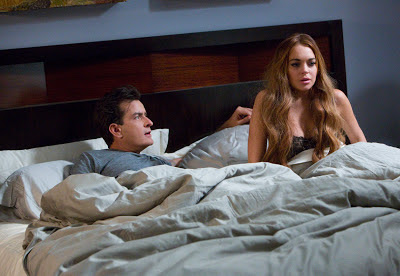 5 second plot: Charlie Sheen gets himself killed after a freaky night with Lindsay Lohan. His 3 kids disappear. They are found in a cabin in the woods by Snoop Dogg. A demon called Mama took over their mother's role. Now it's up to Charlie's brother and his girlfriend to save the kids.

5 second review: All the celebrities on the poster only have a cameo in the movie. Charlie Sheen is the only one that rocks. And Lindsay. The references to the other movies will sometimes put a smile on your face, but overall this is a shitty movie.