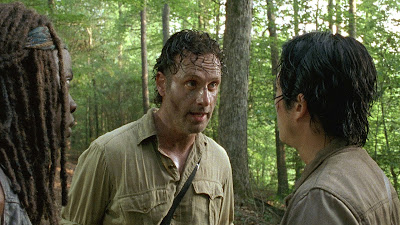 5 second plot: This episode is all about Rick and his crew trying to survive the big ass herd that's on their tail. Of course: nothing goes as planned. And everything just falls apart. The Alexandrians without fighting skills are the first ones to die. But they're not the only ones. We also have to say goodbye to one of our favorite characters...

5 second review: Huge spoiler-alert! This is an extremely tense episode. People are dying all over the place, everyone's getting trapped, enormous amounts of zombies are closing in and everyone's just losing his/her shit. After these first three episodes a character is either dead or emotionally completely destroyed. And they're not out of this mess just yet. I knew Glenn's time was probably up (in the comics he also dies in the Alexandria-time-frame), but I was really hoping he'd be around a lot longer on screen. His death really sucks. 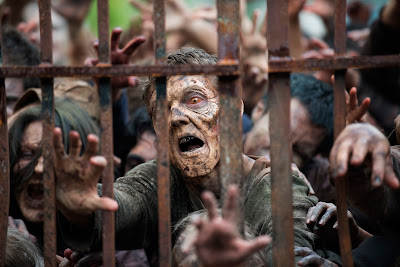