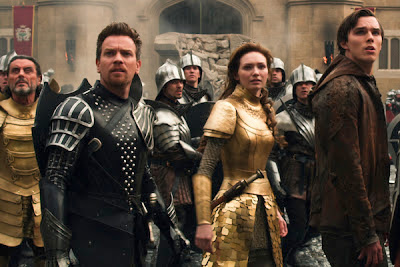 5 second plot: Jack is a poor farmer that finds some magic beans on his path. The beans get wet and grow up to the sky, where the giants live. It's up to Jack to save the day (and the princess) and slay some giants while he is at it.

5 second review: The giants are really poorly made, it's a children's story but it's not really for children, it's funny but often plain stupid, the only thing that holds up is the love story. Yawn.