12 Years a Slave is one of those films 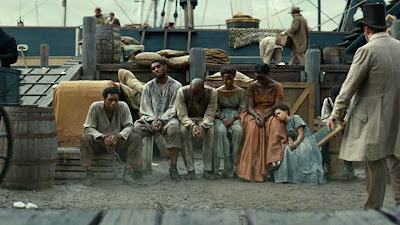 5 second plot: Solomon Northup, a free black man living in New York is kidnapped in 1841 and sold as a slave. He has to deny who he really is in order to survive. The things he has to endure are gruesome beyond imagination.

5 second review: The horrible injustice is almost unbearable to watch. It's unbelievable that human beings where capable of doing these horrific things to other human beings. To put it in other words: this film really got to me. It's not the most cheerful film to watch, but it's a must see. A lesson in history.