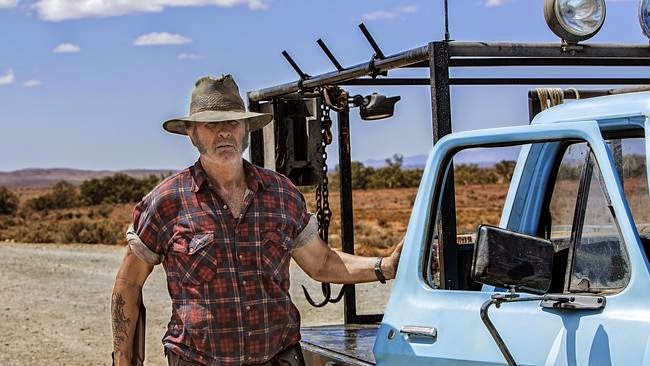 5 second plot: Mick Tayler doesn't like foreigners. So if he finds one of them in his beautiful country of Australia, he gets angry.  A couple of German tourists find out first hand. And also the guy that tries to help them. Mick just likes to have a little fun killing them and chopping them up. Oh, and he also doesn't like it if the cops try to fuck with him.

5 second review: What an awesome evil psycho they have us rooting for. This guy is hilarious. Those coppers had it coming. The rest of them not so very much. But hey, what are you going to do about it. This is a pretty decent slasher movie (except for the pop quiz, that takes too long). Every kill is either hilarious or spectacular. His reaction to the flying kangaroos is brilliant. 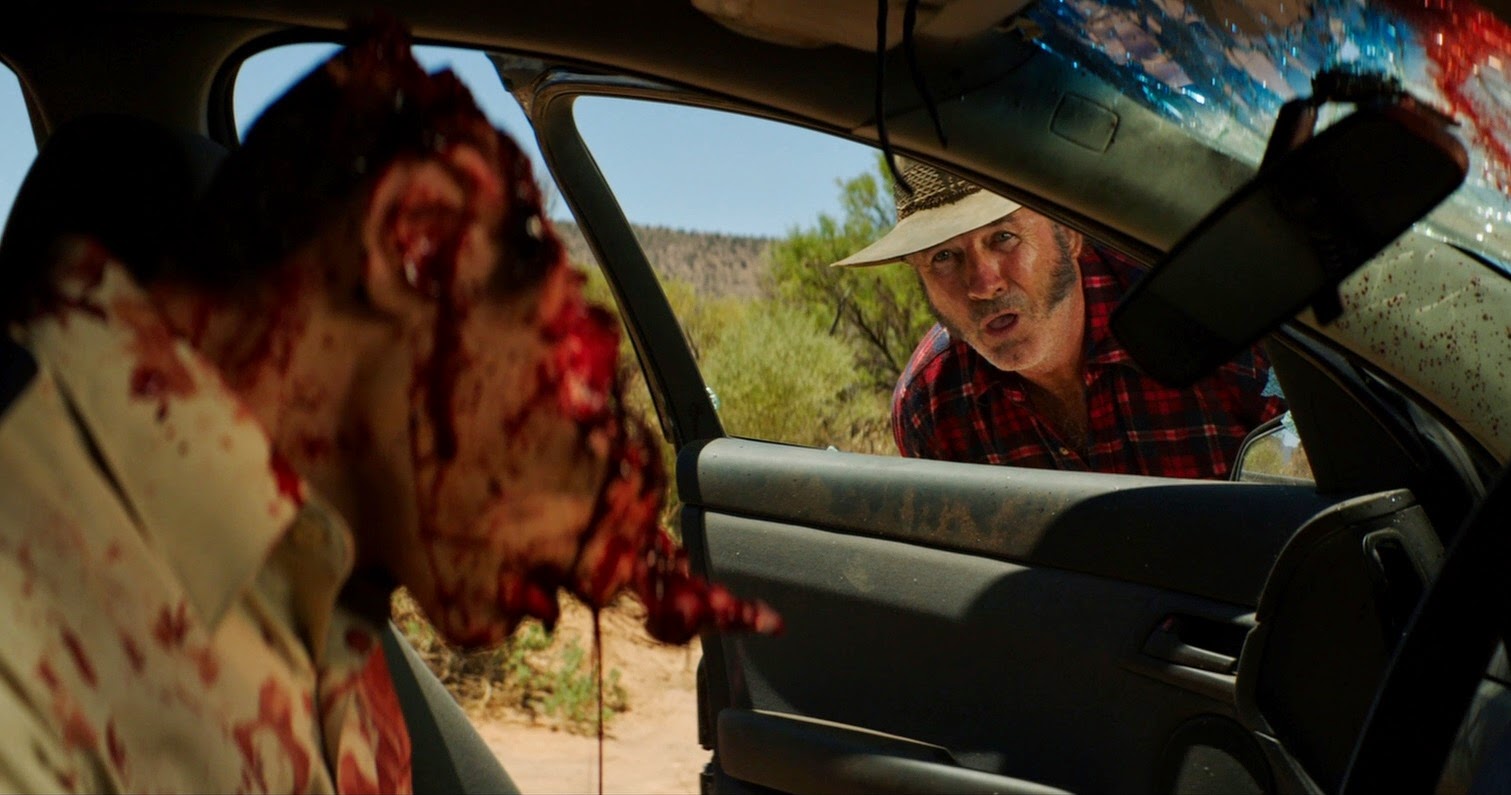