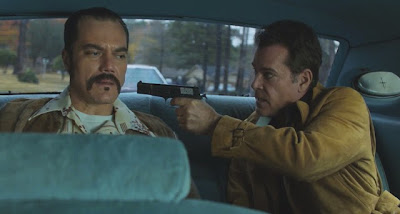 5 second plot: The Iceman is not a fictional character. He was a hit-man who killed over 100 people. And his family didn't know anything. He was as cold as ice and also froze his victims so the cops couldn't figure out when the killings took place.

5 second review: The story lends itself easy to be made in to a motion picture. Although they should have elaborated a bit on some details. Getting the actors right, that was the hardest part, but they all nail it perfectly. Even Winona and Ross (with a crazy mustache and ponytail) do a great job.