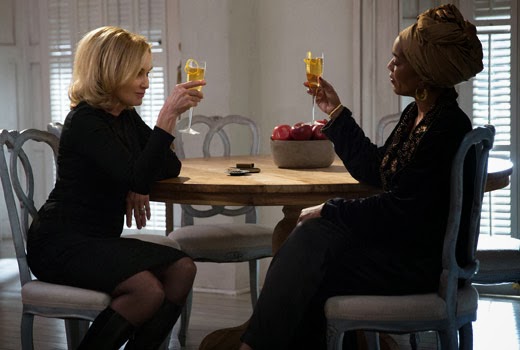 5 second plot: Everyone that dies, doesn't really ever seem to die. Now the big one is back. And she brings the headless one. Cordelia sobs like an infant and later on pokes out her eyes. The witches frame the witch hunters. And the immortal house keeper has had it with the immortal witch.

5 second review: There is not much going on, but it's not that it's boring. There is a lot of blood flying around in this episode. So that earns extra points. And, erm,... well that's about all there is to say. 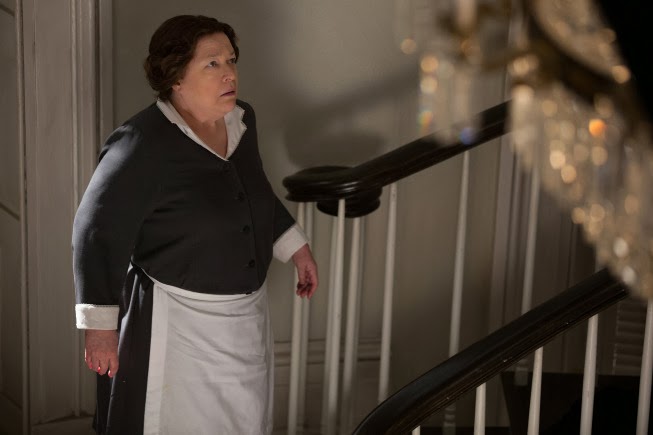