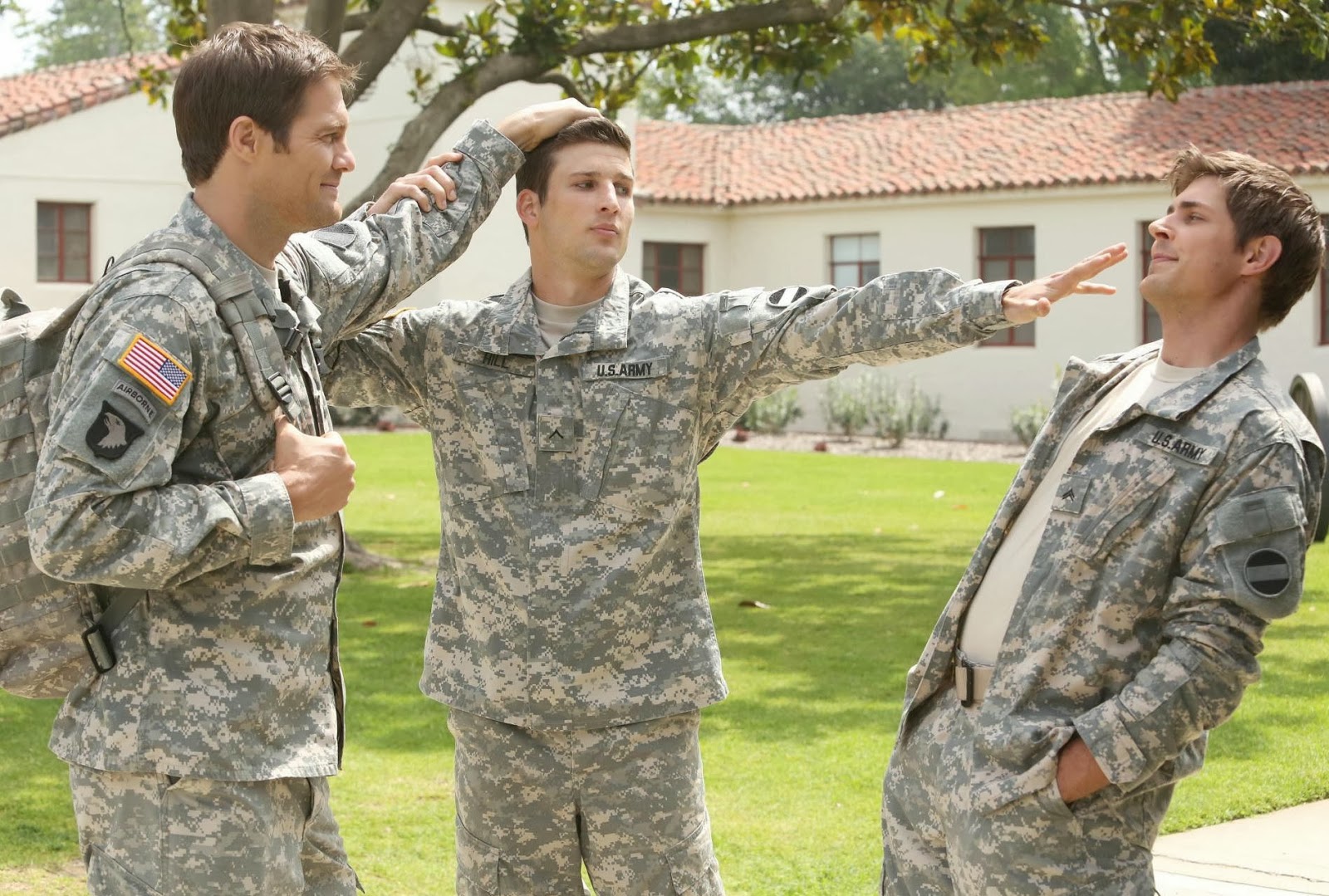 5 second plot: Pete kicks a superior's ass in Afghanistan and is sent to Florida where he has to lead what has to be the worst group of soldiers in the army. Two of the misfits in this group are his brothers.

5 second review: This is not as funny as you would expect it to be. The army jokes have been used too often all ready. The brother jokes as well. The stupid jokes also. So, apart from some giggles here and there, this first episode isn't funny at all.