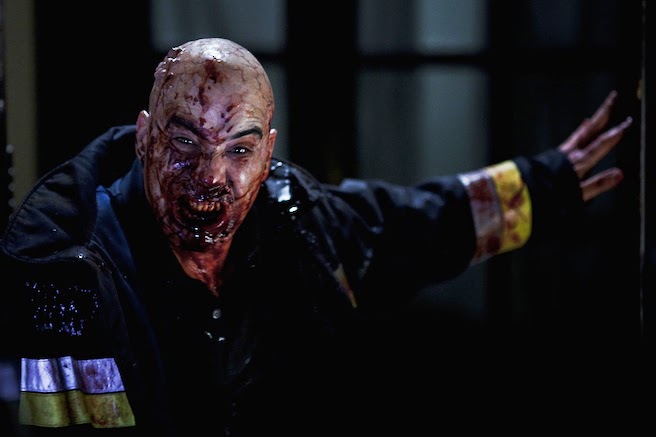 5 second plot: The television reporter is saved from the building that was infected by the evil virus that turns people into rabid lunatics. She is taken to a boat together with the soldiers that saved her. On the boat a team of scientists wants to make sure no-one is infected. But they were stupid enough to bring something else on board.

5 second review: It's the same movie as the other ones, it just takes place in another location. There's nothing new, the shock effect is already long gone and it's filmed so nervously unsteady you can't see anything that's happening. The infected are cool though. It's genuinely terrifying the way these fuckers come running towards the screen. 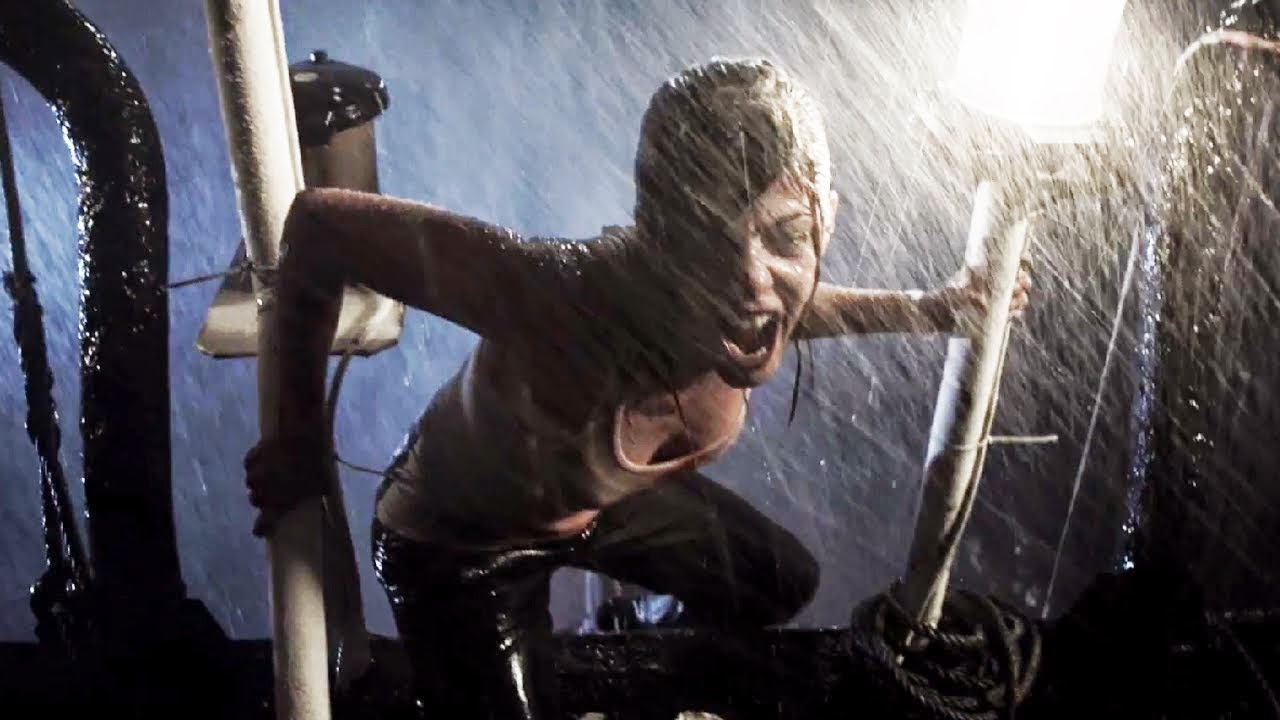